Fwd: In the Spotlight – Colombia

In the Spotlight – Colombia
By Ed "Hazukashii" Howell
30 March 2021

Colombian history can be traced back nearly 15 thousand years, and is naturally and culturally diverse due to being the migration point between North and South America.  Annexed by Spain in the early 16th century, it was declared the "New Kingdom of Granada."  Over the ensuing centuries Colombia has had many other names, including the United States of Colombia.  However, since 1886 it draws its current name, "The Republic of Colombia," from early Italian explorer Christopher Columbus.  Geographically, Colombia has coastlines on both the Caribbean Sea and Pacific Ocean, and is bordered by the 5 countries of Ecuador and Peru to the south, Brazil and Venezuela to the east, and Costa Rica to the north up until 1906, when Panama gained its independence.

Now, you may wonder when hashing first found its way to Colombia, well that is a good question.  The hash genealogy had scant information on this, listing only that there was a Bogota H3, founded on 31 Jan 1993.  No founder, no origin, and no descendants.  After a bit (quite a bit, but always looking for more details) of research, I was able to track down some old-time hashers and confirmed that the first Bogota H3 lasted only a couple years in the early 1990s, and that the Britannia Inn was a common hangout.  The second iteration of the Bogota H3 was founded in January 1998 by Simon 'Delhi Boy' Batty, who had hashed his way around Egypt and the United Kingdom, before arriving in Colombia.  This hash also only lasted a couple years, holding about 20 hash runs, before fading away around the time that Delhi Boy moved on to Greece in 2000.

The third, and current iteration of the Bogota H3 was founded by Crystle-Day 'CD' Villanueva on 6 July 2019, having arrived in Colombia from the Xian H3 in China.  The pack is very young, but enthusiastic, led by CD who makes everyone feel at home.  On my recent visit to Bogota, I was fortunate to be able to join them on an out-station weekend event at Cerro de Quininí (which is a national park, with a massive outcropping of plate tectonic rock, pushed upwards to form an amazing ledge overlooking Porto Bello).  We had two excellent trails, and enjoyed Colombian BBQ and played a couple hours of Tejo, the traditional throwing sport of Colombia.  Tejo is similar to Cornhole, but you throw shaped stones at a board of clay.  There is a metal circle in the middle, lined with small explosive charges.  Closest to the center scores the points, hitting the charges can also score points.

To the north, I also discovered that the first iteration of Medellin H3 was founded on 8 August 2005, by Andres 'Dazed and Confused' Vargas, who had returned home after a stint with the Ankara H3 in Turkey.  This first Medellin H3 club had a short tenure of less than a year, when DnC moved on to China.  Hashing would not return to Medellin again until 19 January 2019, when current founder 'Pablo Pisscobar' moved in from Bogota.  Pablo was introduced to hashing in San Diego, California, and hashed his way around the United States before returning to his home in Colombia to rejuvenate the club in Medellin, after a short stay in Bogota.  He was assisted by ABBAA (Another Blonde Bearded Arain Asshole), and currently run trails monthly on Saturday afternoons.  Additionally, history is also about to be made in Colombia, as the Medellin H3 will host the InterAmericas' Hash in September 2022.  This will be first time this (or any major regional hash event) will be held in South America.

I recently had the pleasure to hash in Medellin as well.  The Medellin H3 trail was on the Saturday after St Patrick's day, so was themed as a Green Dress Run.  It was a warm sunny day in the city, and we had an excellent pack of 12 hashers (5 of them were virgins).  The scheduled hare had to drop out at the last minute, but Pablo Pisscobar stepped up to set an excellent 8 Km trail through the city.  Trail made its way through several parks and neighborhoods, with plenty of elevation, which is common in Colombia.  Trail was followed a lively circle, including welcoming 5 virgins, and one interesting naming.  This hash is working hard to grow its numbers and spread the hashing culture here in Colombia.

If you are looking for a fun and interesting city to visit and hash in, put both Bogota and Medellin on your list . . . and don't forget about InterAmericas' Hash next year.  Pablo is bringing lots of new life into the hashing effort in Medellin, with several young and virgin hashers.  They should be old salts by the time IAH rolls around next year.  By the way, I am collecting names for volunteers who want to assist with packing and handing out goodie bags, haring, and various other requirements to put on IAH next year, all are welcome to help, Spanish speakers preferred.

--
You received this message because you are subscribed to the Google Groups "Go To The Hash" group.
To unsubscribe from this group and stop receiving emails from it, send an email to gotothehash+unsubscribe@googlegroups.com.
To view this discussion on the web visit https://groups.google.com/d/msgid/gotothehash/021701d725a8%24bc919570%2435b4c050%24%40gmail.com. 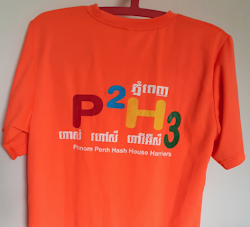 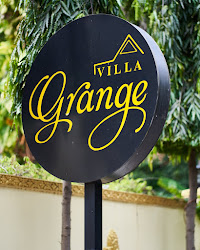